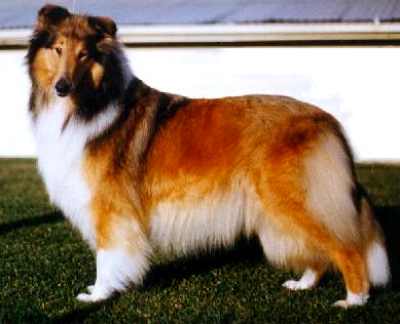 I will always be indebted to John and Barbara Blake of Corydon Kennels (UK) for this most wonderful girl and to Mary Wells , Blossom Hill Collies (USA), for pointing out I needed two puppies – and particularly Whimsy. 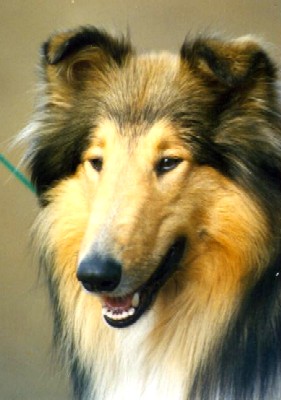 Unfortunately, Whimsy didn’t have a show career due to a fractured ilio-sacaral crest. Veterinarians believed this happened on her travel to Australia from England. Although this injury did alter her gait and consequently cancelled a show career for her, it didn’t cause her any long term medical problems. (Incidentally her hip scores were 0:1).

Whimmy became a wonderful brood bitch for me and with the help of her sister, Fancy, laid the foundation for my kennel. From only two litters she produced two champions for Baqilodge and six of her offspring went on to produce champions for Kgari, Calstead, Carluke, Tyagong and Ngalla Collie Kennels.

Whimsy is the mother of Champion Baqilodge Belladonna, owned by Kgari Collies, who won the Best Head class and was 2nd in the large puppy bitch class at the Victorian Collie Club Championship Show 1992.  Her son, Baqilodge Bobby Dazzler, owned by Tyagong collies was Best Opposite Puppy, while another daughter, 11 month old Baqilodge Be Blessed,  placed 3rd in a large Junior Bitch Class class at the same show under respected collie judge, Mrs Zora Mitchell (Vic).

Also in 1992, in strong competition, Whimsy won the Parent and Progeny class with her daughters, Ch. Baqilodge Belladonna, and Baqilodge Breezealong at the Tasmanian Working Dog Club Championship Show.

At the 1993 National Collie Championship Show her daughter, Ch. Baqilodge Belladonna placed 1st in the Interstate and Country Exhibit Class.

July, 1996 her son, Ch. Baqilodge Easy Does It was winner of Best Interstate and Country Exhibit Class at the Victorian Collie Club Championship Show.

In 2003 her great-grandaughter, Ch Baqilodge Love Goes Wild, carried on the family tradition and was Best Junior Bitch and Runner-up Junior in Show at the Victorian Collie Club Championship show.

We are now looking forward to Whimsy’s great, great grandchildren. Thank you, so much my clever, beautiful girl. 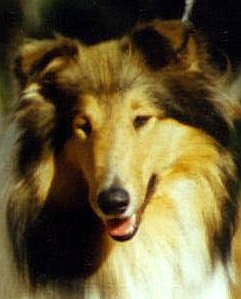 Your left such a huge empty hole, the day you left us, Whimmy. You had so much character and personality and for this alone you could never be forgotten. I miss so much the stories you told me at the end of the day. What a talker you were! Rest gently, my precious girl.

2003. Your lovely daughter, Baqilodge Etched in Gold, has taken up the story telling, Whim, and she also gives those wonderful ‘smiles’ that you use to save for your special people, but she can’t do the ‘crocodile…snap, snap, snap’ . You are always in our hearts and minds.