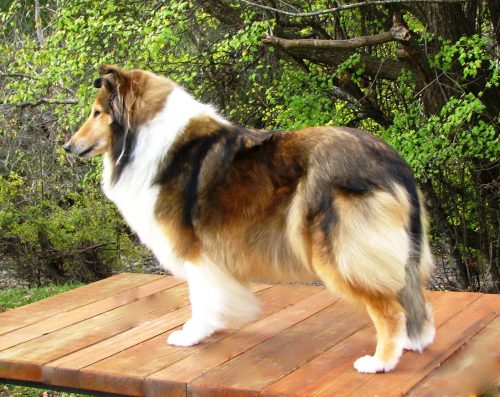 2018 – In the above photo Tuppy is 11 years old.  The year before she was Best of Breed and Open In Show at the Tasmanian Collie and Shetland Sheepdog Club Championship Show.

My greatest regret is that we never even tired to breed this lovely girl.  It hard to accept that time got away from us so quickly and before we knew it she was past breeding age.  I’m still shocked (and terribly disappointed) at how that happened! 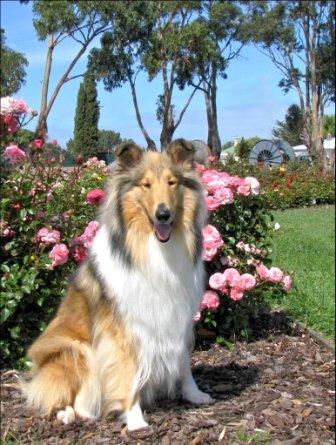 Tuppence – a possum among the blossom!

MAY 2009 –  Wonders never cease! Our ‘Tuppy Puppy’ did make it back to the ring this year – and she has certainly made her presence felt –
She is now closing in on her Australian Championship and we even have photos – just a couple at this point in time: 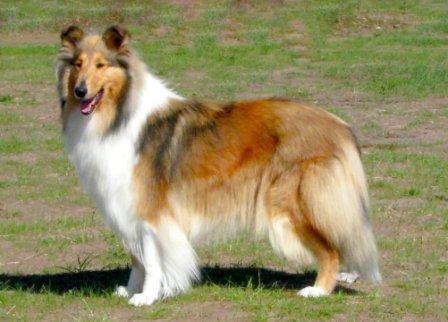 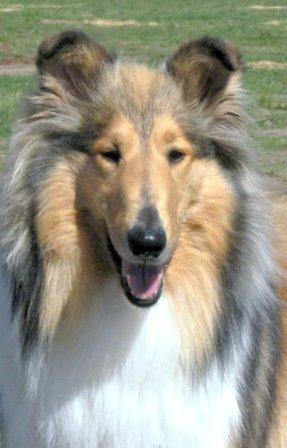 Dec 2008 – Our crazy little girl broke her left front leg in January – three fractures through the growth plate. It was such a nasty break that we had to fly her to Sydney, NSW, for surgery at a specialist clinic.  We were told that it would be most likely that she would end up with a leg length difference.

It wasn’t until August that she was able to have ‘off lead’ time.  In the meantime we did physio work every day – and it paid off.  Her break has healed beautifully and she has no limp.  We are actually looking forward to getting her back into the show ring in 2009. We will update her photos then.

Thank you so much Vedamea Collies, NSW,  for helping us by having her with you prior to her surgery and for her after care until the plaster came off.  We could not have done this without your amazing help.

2007 – Our ‘Mad Hatter’ child, is alway soooo busy – that usually means running away with my shoes, socks or anything else she can get hold of!

Tuppence has only ever been to two or three shows. However, at her very first show she did take Baby Puppy in Show. 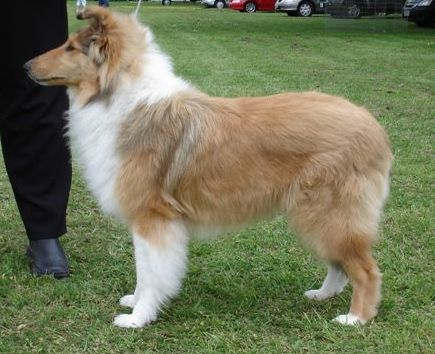 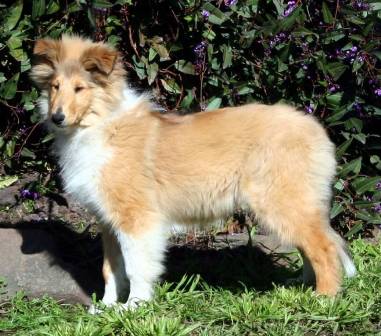